Support us by sharing on Social Media! 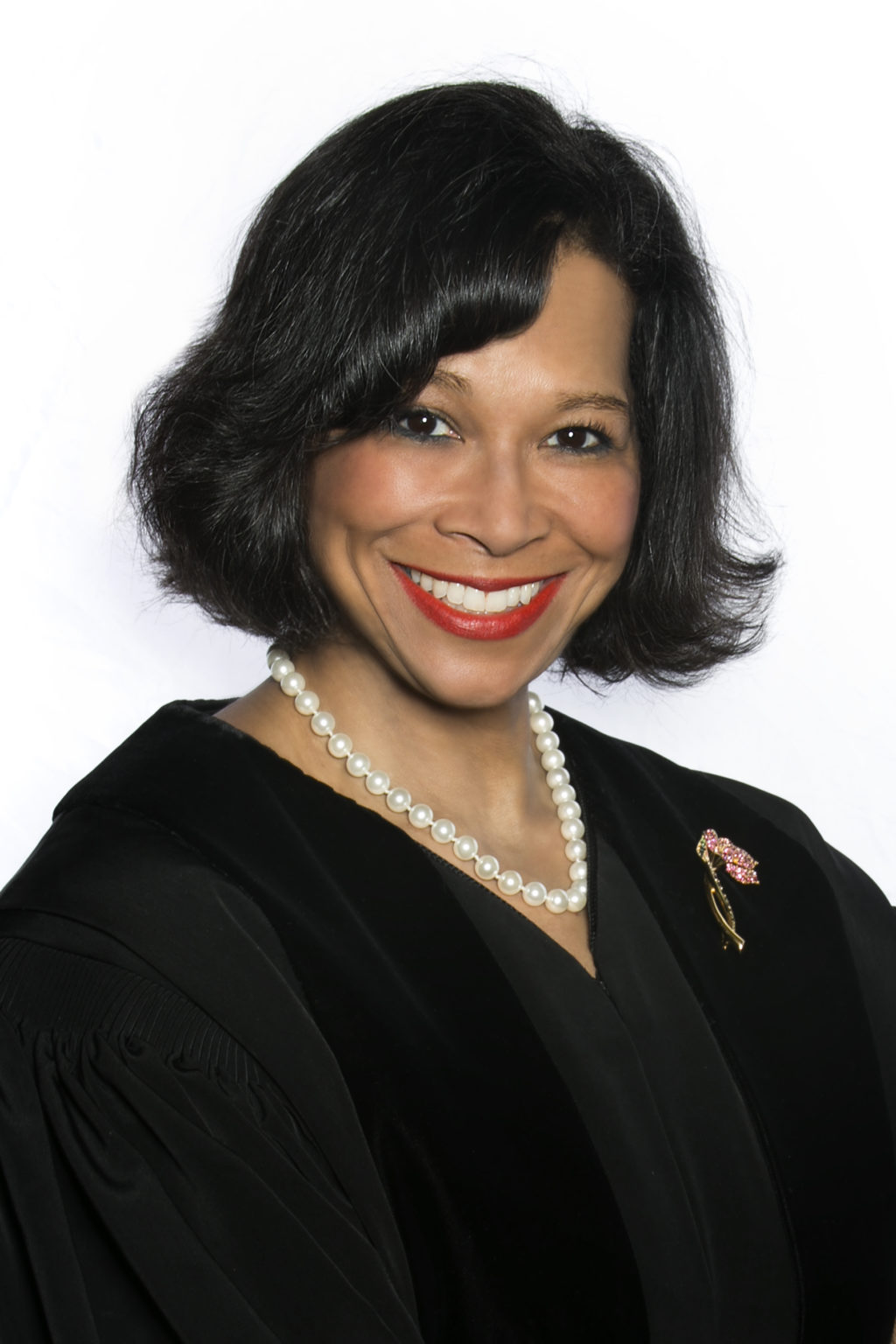 Cylenthia LaToye Miller is the daughter of George B. Miller, Jr. and Sharon E. Bernard Miller, the first Black couple to graduate from the University of Arkansas Law School.  In fact, her mother is the first Black woman lawyer in the history of the state of Arkansas.  As the daughter of such trailblazers, Judge Miller was taught, at a very young age, the critical importance of service to the community, equal justice for all, and faith with works.

Judge Miller was appointed Judge of the Third Judicial Circuit Court on August 19, 2019.  As a circuit court judge, she serves in the Juvenile Section of the Family Division. There, she hears cases involving abuse and neglect, juvenile delinquency, and related adoption, custody, and guardianship matters at the largest circuit court in the state of Michigan. Before being appointed to the circuit court, Judge Miller served as a Judge at the 36thJudicial District Court from April 10, 2006 through August 18, 2019.  She was the Founding & Presiding Judge over Street Outreach Court Detroit, a specialty court program at the 36thJudicial District Court, which assists Detroit’s homeless population with clearing their driver’s licenses and returning to self-sufficiency (www.streetdemocracy.org/socd). Throughout her tenure as a district court Judge, she presided over cases on all of the court’s dockets.  Judge Miller has also worked as an Adjunct Professor at Baker College of Allen Park since August 2012 and at Baker College of Jackson since August 2018.

Judge Miller is the former Director of the Detroit Workforce Development Department, a Michigan Works! Agency.  In her capacity as director, she supervised and directed the daily activities of the department and contractors.  She also has extensive experience as a labor and employment attorney and has handled all phases of traditional labor and employment litigation matters while in private practice at Lewis & Munday, P.C. and at Dykema Gossett, PLLC.  Judge Miller’s practice included AFSCME labor negotiations, school district & municipal arbitration hearings, administrative matters and cases involving harassment and discrimination based on race, gender, age, religion, and disability, breach of contract, ERISA benefits, and defamation of character.

She worked during high school, college, and law school, which she explains to persons who appear before her to encourage them to obtain employment and further, to understand that if she did it, so can they.  Consequently, before becoming an attorney, Judge Miller was employed as an Intake Specialist and later, as a Crisis Line Counselor and Supervisor at Neighborhood Service Organization; a Regulatory Specialist at the Michigan Credit Union League; a Mediator of landlord/tenant disputes at Wayne County Neighborhood Legal Services; a Law Librarian at the UAW Headquarters; a Legal Secretary at a local law firm; and a Police Cadet Supervisor & Payroll Assistant for the Detroit Police Department, among other positions.  As a result, she brings skills and experience to the bench that uniquely qualify her to be a Judge.

Judge Miller was appointed to the Michigan Inter-Agency Council on Homelessness in 2018 and will serve as a Council member until 2022.  She is also a member of the State Bar of Michigan Standing Committee on Affordable Legal Services until 2020, as well as Chairperson of the Limited Scope Representation, Education Sub-Committee.  Judge Miller serves as a member of the faculty of the Michigan Judicial Institute and was a presenter at the May 2019 statewide Judicial Conference.  Always having had a special place for Highland Park, Michigan in her heart, she is the Chairperson of the Board of Directors of the Highland Park Chamber of Commerce and served as Chair of the 2018 Highland Park Centennial Celebration Team, appointed by Mayor Hubert Yopp.  She was also a member of the Board of Directors of the Michigan District Judges Association, where she served as the Chairperson of the Communications Committee and the Representative to the State Bar of Michigan Limited Scope Representation Work Group.  Judge Miller is a Past President of the Association of Black Judges of Michigan; a Past Chair of the Women Lawyers Division of the National Bar Association; a Past President of the Wolverine Bar Association; and a Past President of the Women Lawyers Association of Michigan.